It’s Thursday, so that means it’s time to throw it back to an old post from earlier in the year. This is the 1st of many and it’s on the Gaslight Night I went to back in April this year at

Made in the Shade.

Its been a long time coming and finally its here; my review of the Gaslight event I went to a few weeks back. I was lucky enough to be invited to one of many Gaslight gigs at  Made in the Shade in Hoxton, to see Kieran Leonard & a very special Guest live. (I had no idea who the special guest was going to be so it was a nice surprise but more on that later)

If like me you live in London & love live Music you’ll love the Gaslight events; a night of music, whisky & words. It has also been described as

I’m a fan of live music but more specifically I love acoustic sets. Its always nice going to intimate gigs and supporting artists, so the whole evening was a treat for me! I highly recommend going to one of the shows if you’re in London and looking for something to do on a Sunday evening. I can already say that Made in the Shade is one of my favourite spots in Hoxton. Everyone is so welcoming &amp; it’s one of those venues that cleverly merges everything you could possibly need to have a good time in one place; a Bar for drinks, a back Garden with benches for mingling and a restaurant/lounge area. Add the fact that they have a live music residency every Sunday and its just perfect!

I’ve been thinking about how best to describe the venue so you can get a feel for the place and the only word I can think of is ‘Hygge’. It’s a Danish word pronounced ‘Hyooguh’ that I’ve picked up recently and it describes the ‘cosy’ &amp; chilled feeling/atmosphere perfectly. My favourite piece of decor has to be the Empty Hendricks Gin bottles used as Candle holders! The candles around the stage and dim lighting made it all the more Hygge. 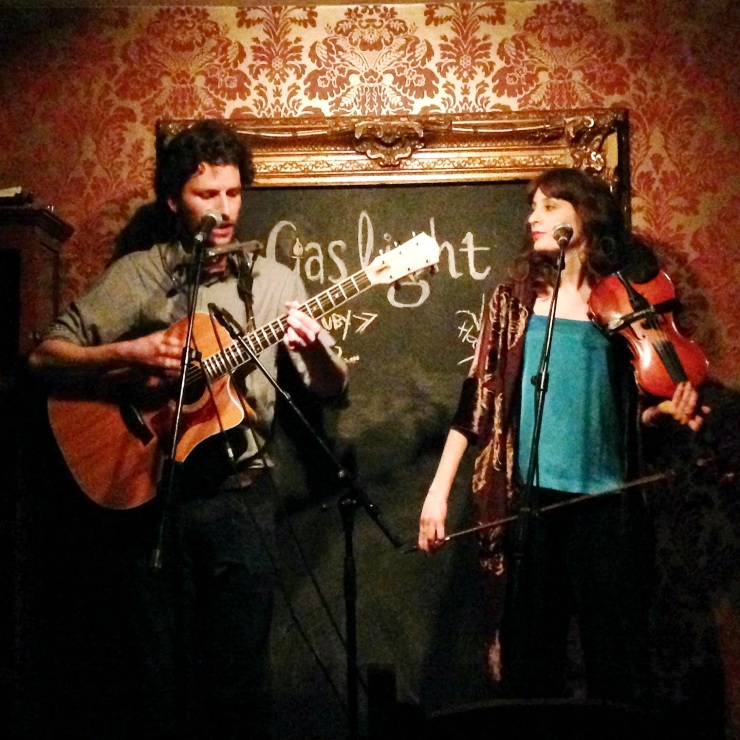 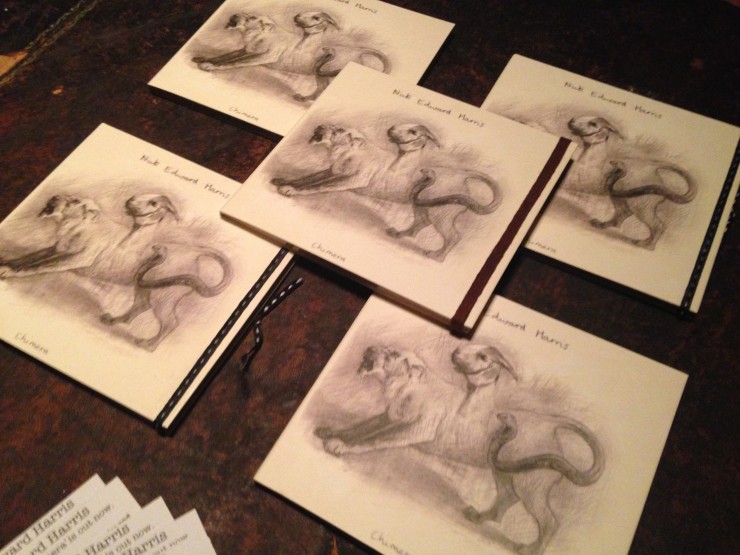 The night kicked off with a set from Special guest; Nick Edward Harris. I’d never seen him live so this was pretty awesome. He’s an amazing songwriter &amp; his music is mesmerising. His guitar playing style is also pretty epic; Its the jaw dropping – blow your mind type. Finger plucking &amp; percussive guitar playing whilst still maintaining a strong melody; its incredible. His voice is distinct and reminds me a little of Nick Drake. Add the Harmonica (an instrument that I’ve tried to master so many times and failed) plus a violin and its just beautiful. His set included songs from his album ‘Chemera’. I’ve been listening to it and its amazing, my fave songs are ‘The Grey Squirrel’ , ‘Doubtful Sound’ & of course ‘Chimera’. If you get the chance to see him live you definitely should! 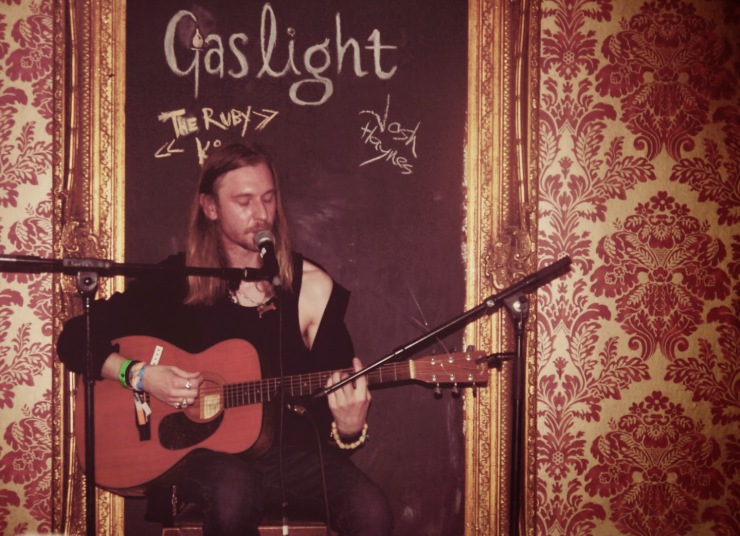 After a short interval Kieran Leonard played a fantastic set; an array of catchy songs from his Album ‘Out of Work Astronaut’. (Love the title) It was lovely hearing people singing and tapping along. You know you’re in the right place when people just get it. Kieran has raw talent which is so refreshing as you don’t see much of that now a days. His music is personal, poetic and heartfelt and that’s the best kind in my opinion. The album is brilliant & If I had to choose I’d say that ‘Vampire’, ‘Air Raid’ and ‘Harold Pinter is Dead’ are my faves. 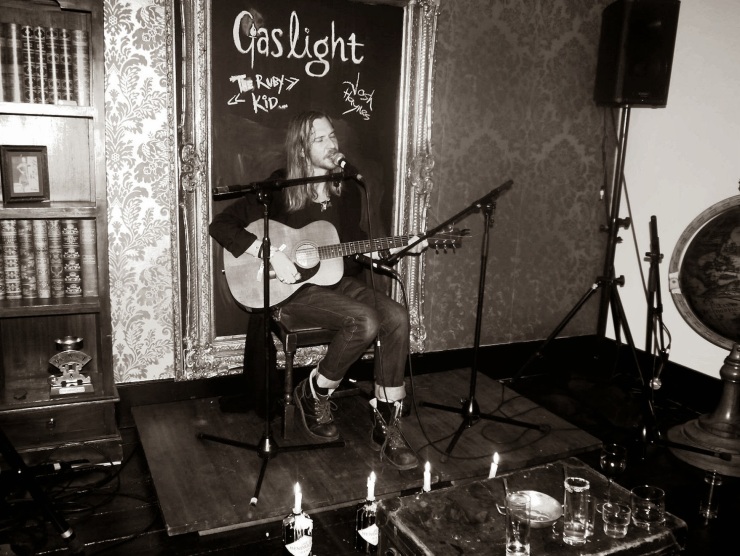 There is so much depth to his music with thought provoking lyrics; It really is an art. His performance was so engaging &amp; each song takes you on a journey. At gigs I always look forward to the banter and it was nice to hear Kieran share a little bit about each song and its back story. He’s also pretty funny and I found myself laughing a lot. The new record sounds great, I look forward to playing it on repeat! You can buy/download it here! 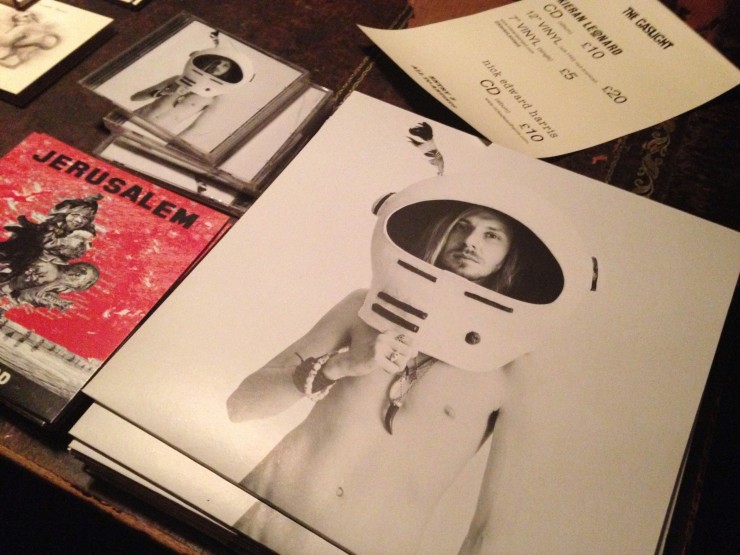 Gaslight will be held at Made in the Shade for the next few weeks so definitely check it out if you can! I know I’d definitely like to go to one more show before its over. Its a nice way to spend a Sunday night and support amazing artists!

Thanks to Maria, Mitch & Made in the Shade for inviting me and making me feel welcome!

London Based Music & Lifestyle Blogger + Content Creator On ‘Hello Henrietta’ I write about all things Music, Lifestyle and Beauty related. I also share my recent discoveries, reviews, advice, recipes and feature interviews. As a London based Blogger,​ I like to feature events that happen in and around the city. If that sounds like something you are interested in, you’ll feel right at home here. View all posts by Hello Henrietta